The Future of Timeclock Rounding Policies: Dead on Arrival 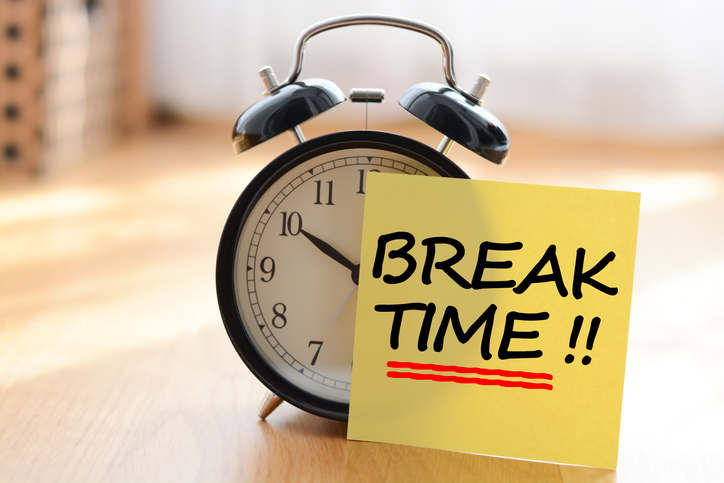 Background: What is A Compliant Meal Period?

Per the California Supreme Court’s 2012 decision in Brinker Restaurant Corporation v. Superior Court: For shifts of more than five hours, employers are generally required to provide non-exempt employees an uninterrupted, duty-free meal period of at least 30 minutes before the end of the fifth hour of work, and before the end of 10th hour of work for second meal periods for shifts of more than 10 hours.

Importantly, based on that decision, employers are not required to “police” meal periods and guarantee that employees take such breaks. If an employer provides a meal period, but the employee decides not to take it for personal reasons (rather than the press of work), then there is no employer liability. However, if the employer does not provide the opportunity for a compliant meal period (one that is not missed altogether, or late or short), then the employer owes the employee a “premium” of one hour’s pay.

Up until 2018, it had been widely thought that Brinker and other relevant authority provided some safe harbor to employers. Aside from not having to be the “meal break police,” there was some wiggle room: a meal period that was short by a minute or two could still be compliant under the federally recognized “de minimis” doctrine, i.e., small amounts of otherwise compensable time would not add up to a violation of the Labor Code’s and the Wage Orders’ requirement of providing an off-duty 30-minute meal period.

Federal courts, applying the Fair Labor Standards Act (FLSA), have decided that employers may disregard time as de minimis and thereby not generate FLSA violations, depending on three factors: (1) the practical difficulty the employer would encounter in recording the additional time, (2) the total amount of compensable time, and (3) the regularity of the additional work.

But that wall began to crumble in 2018 when the California Supreme Court decided, in Troester v. Starbucks Corporation, that the de minimis doctrine was inconsistent with California law, where employees performing store-closing tasks typically performed four to ten minutes of off-the-clock work at the end of the day. To be clear, the Court did not altogether close the door on the de minimis doctrine as applied to California law, but it was not an encouraging sign.

In another discouraging sign for employers, last year, in Frlekin v. Apple, Inc., the California Supreme Court held that the time employees spend going through pre- or post-shift searches of their personal effects (to curtail employee theft or “shrinkage”) is compensable time.

So this brings us to the present case. The plaintiff, a nurse recruiter for AMN, a healthcare services and staffing company, claims AMN did not provide compliant meal periods to her and others in the putative class.

On the surface, AMN did everything right: it had a policy detailing, in line with Brinker, that employees had the right to take a 30-minute, uninterrupted meal period before the end of the fifth hour of work. This same policy specified that supervisors were not to “impede or discourage” the taking of such breaks. Further, AMN flagged non-compliant meal periods and asked the affected employees, through its electronic timekeeping platform, to indicate if the missed, late, or short meal period was due to employee choice or due to work-related reasons. If the latter, the employee was paid a one-hour premium in accordance with California law. And finally, AMN’s timekeeping platform required employees to review their time entries every pay period to verify the accuracy of time entries or to correct them as needed.

But AMN’s timekeeping platform applied a 10-minute rounding policy. For example, a clock-in at 11:02 a.m. would round down to show an 11:00 a.m. clock-in. A clock-out of 5:06 p.m. would round up to show a 5:10 p.m. clock out. AMN was able to provide expert testimony to show that this policy was even-handed over time, and actually resulted in a slight overpayment to the class.

However, the high court determined that this missed the point, holding that California’s meal period provisions are “designed to prevent even minor infringements,” and that AMN’s rounding policy created such infringements. The Court used these examples: where an employee’s actual lunch punches occurred at 11:02 a.m. (out) and 11:25 a.m. (in), those punches would be rounded to reflect a compliant 30-minute meal period, and the safety measures that AMN put in place (the flagging system that would ask the employee why his/her meal period was short) would not be triggered; that is, a meal period that was actually only 23 minutes would not be detected as “short” and no penalty would be paid.

Similarly, the Court used this example for the timing of the meal period: if any employee clocked in at 6:59 a.m. and then clocked out for lunch at 12:04 p.m., that employee’s meal period actually started after the end of the fifth hour of work, in violation of California law, but the rounding policy prevented any inquiry that could have triggered payment of a premium.

AMN argued that such timing issues were de minimis and thus permissible, but the Court held (as it signaled in Troester and in Frlekin) that the de minimis doctrine is inconsistent with the legislative intent behind the California Labor Code and the Industrial Wage Commission’s Wage Orders, which the Court liberally construes.

Importantly, the Court left the door open for an employer to show, at the summary judgment and class certification stages, that the non-compliant meal period was due to employee choice rather than employer practice/policy, but the Court made it clear that the burden to rebut the presumption of non-compliance (whether in the form of class members’ declarations or otherwise) was the employer’s to bear.

Employers who apply rounding policies should, in consultation with legal counsel, take a very careful look at their timekeeping practices in light of the Donohue decision. There may be ways to apply some form of a modified rounding policy, but employers will need to think long and hard as to whether the benefits of a limited rounding policy are outweighed by the burdens of monitoring and implementing such a policy. (Indeed, AMN itself dropped its rounding policy in 2015, after the subject lawsuit was filed, and now uses actual punches only.)

Depending upon a company’s needs and capabilities, it may be advisable to abandon rounding policies altogether given the potential for rounding that could fall afoul of California law.