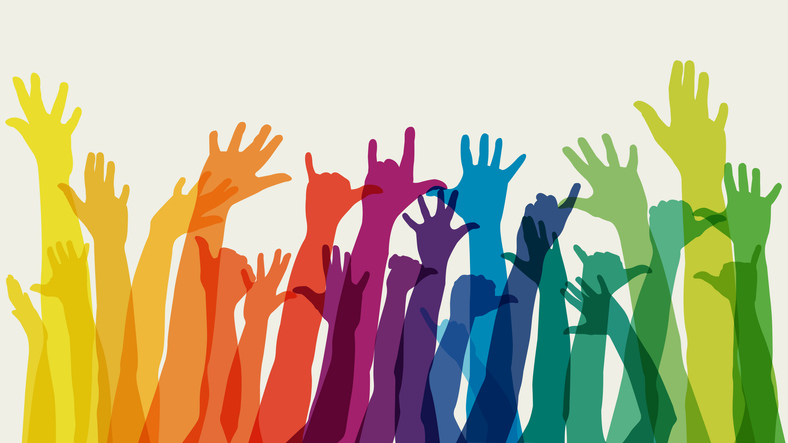 With those two sentences, U.S. Supreme Court Justice Neil Gorsuch launched into an opinion that few anticipated, though which in retrospect seems obvious. The conservative textualist, a strict constructionist jurist, looked at the federal prohibition against workplace discrimination “on the basis of sex” and allowed logic, reason, plain language, and common sense to prevail. In putting to rest decades of debate over the application of those five simple words to the protection of gay and transgender persons against workplace discrimination, this decision will be recognized as civil rights jurisprudence of resounding importance.

BACKGROUND
Title VII of the Civil Rights Act of 1964 (Title VII) bars discrimination based upon “sex.” There is no express definition in the statute of whether “sex” applies to sexual orientation or transgender status. Since the 1990s, Congress flirted with barring employment discrimination on the basis of sexual orientation (but not transgender status) under proposed variations of the Employment Non-Discrimination Act (ENDA), but no bill was ever brought up for a vote. Under the Obama Administration, the Equal Employment Opportunity Commission (EEOC) attempted to fill this void, and despite antagonism from the Trump Administration and the Department of Justice, the EEOC has continued to prosecute cases under the theory that discrimination on the basis of sexual orientation and gender identity necessarily involves sex discrimination based on non-conformance with gender norms and stereotypes, in violation of Title VII.

THE U.S. SUPREME COURT BOSTOCK DECISION
The decision arises from three consolidated cases from the Second, Sixth, and Eleventh Circuits. As we blogged in 2018, the Second and Sixth Circuits, respectively, held that firing employees for being gay (Donald Zarda, a skydiving instructor in Long Island, New York) or transgender (Aimee Stephens, a funeral home worker in Garden City, Michigan) violates Title VII because such acts constitute discrimination based on sex. In contrast, the Eleventh Circuit held that Gerald Bostock had no claim under Title VII for being fired by his public sector employer for “conduct unbecoming” after it became known that he had joined a gay softball league.

The employees argued to the Supreme Court that an employer cannot discriminate on the basis of sexual orientation or transgender status without necessarily discriminating “on the basis of sex” as prohibited by the statutory language. The employers, on the other hand, attempted to turn this “plain language” of the statute argument on its head, variously arguing that:

By a 6 to 3 margin, the Court today adopted the employees’ position in total, and eviscerated that of the employers (and the Trump Administration). The Court began by noting agreement between the parties as to the meaning of the word “sex” in 1964 – “referring only to biological distinctions between male and female.” Referring to this agreed-upon definition as “just a starting point,” the Court went on to hold that “[a]n individual’s homosexuality or transgender status is not relevant to employment decisions. That’s because it is impossible to discriminate against a person for being homosexual or transgender without discriminating against that individual based on sex.” (Emphasis added)

The Court explained: “[c]onsider an employer with two employees, both of whom are attracted to men. The two individuals are, to the employer’s mind, materially identical in all respects, except that one is a man and the other a woman. If the employer fires the male employee for no reason other than the fact he is attracted to men, the employer discriminates against him for traits or actions it tolerates in his female colleague.”

DISSENTING OPINIONS
There was, to be sure, a full-throated dissent from Justices Samuel Alito and Brett Kavanaugh (with Justice Clarence Thomas joining Alito’s dissenting opinion), jointly covering 135 pages of text. Both dissenting opinions expressed that the Court was usurping the place of Congress and engaging in legislation, incorporating the different arguments alluded to above, but generally asserting that the Congress that passed the bill which became the Civil Rights Act of 1964 did not intend the broad application that the majority now gives to this statute.

In response, it bears mention that Justice Gorsuch is reputedly a textualist, a jurist who focuses precisely on the text of the law at issue. This opinion is true to that reputation. Citing numerous examples of Court precedent, Justice Gorsuch and the majority determined that the most reliable way to interpret and apply a law of great breadth whose words, “on the basis of sex,” are unambiguous is to hew closely to the simple and plain language of the statute, and not try to discern the intent of a long-past Congress simply “because few in 1964 expected today’s result.”

CONCLUDING THOUGHTS
We think it is important to tell one of the three stories of the real people behind this decision. Aimee Stephens, the transgender woman at the heart of this decision, lost her job as a funeral director after she revealed to her boss that, finally, she had “decided to become the person that my mind already is,” and that following a vacation she would report to work wearing the required conservative female attire. She was summarily fired. Sadly, Ms. Stephens died last month, unable to see the culmination of her simple act – an act not about bravery, but about being.

We encourage not only those employers in states that now must conform their laws to the Bostock decision, but those in the 21 states (and D.C.) that already protect people from discrimination on the basis of sexual orientation and gender identity, to initiate comprehensive prevention training. Your employees will have many questions, and you owe it to them – and to your business – to make them aware of the laws and your compliance program. You will be in excellent company: over 91% of Fortune 500 companies had already prohibited discrimination on the basis of sexual orientation, and over 83% protected employees based on their gender identity. After the Bostock decision, that number will be, finally, 100%.