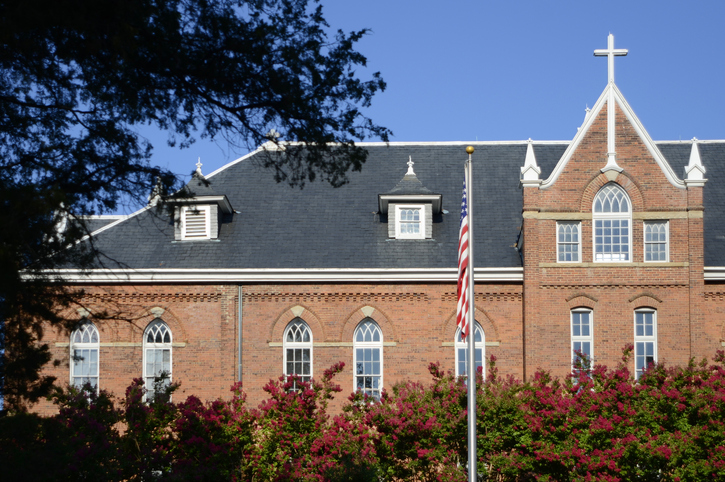 The National Labor Relations Board (NLRB) decided yesterday in Bethany College that it does not have jurisdiction over faculty at religious schools and colleges, overruling a 2014 decision which held the opposite. Click here to download the NLRB decision.

The NLRB will decline jurisdiction over labor union election petitions and unfair labor practice claims if a school can show three things:

The NLRB decided this as the country awaits word from the U.S. Supreme Court as to whether teachers at religious schools are exempt from anti-discrimination laws.

NLRB’s decision could have broad-reaching effects for religiously affiliated schools which have recently been the subject of organizing campaigns, especially among their adjunct faculty and teaching assistants. The SEIU (Service Employees International Union), in particular, launched its Faculty Forward campaign designed to organize those employees at higher education institutions across the country.

In 1979, the U.S. Supreme Court found that the NLRB did not have jurisdiction over teachers in schools operated by a church, even if they taught both religious and secular subjects. The Supreme Court’s decision was premised on the language of the National Labor Relations Act (NLRA) itself, and not on the First Amendment to the U.S. Constitution. Over time, the NLRB and courts chipped away at that broad exclusion, finding that the NLRB only lacked jurisdiction when the school had a “substantial religious character.” In 2014, the NLRB found that religious schools had to prove that in order to be excepted from the NLRB’s jurisdiction, they must “hold out the [faculty] as performing a specific role in creating or maintaining the college or university’s religious educational environment.”

Yesterday’s decision in Bethany College eliminates that distinction. The NLRB will no longer inquire into the nature of the role served by the employee at issue; it will simply decline jurisdiction if the institution as a whole meets the three-part test above: it holds itself out as a religious institution, it is non-profit, and it is religiously affiliated.

While Bethany College concerned jurisdiction over faculty at religious institutions, the standard adopted by the NLRB, which does away with the prior requirement to make a determination as to whether an employee’s specific duties play a part in carrying out the institution’s religious mission (as opposed to performing strictly secular duties), could open the door for the NLRB to also decline jurisdiction over non-teaching employees previously found to come within its reach.

For example, in 2017, the NLRB determined that housekeepers working at Saint Xavier University, a religious institution, are subject to its jurisdiction because they provide “wholly secular services” and through carrying out their duties, they were not expected to perform a specific role in furthering the religious mission of the University. By eliminating the analysis into the distinction between secular and non-secular duties, Bethany College leaves the NLRB’s decision in Saint Xavier University on shaky ground, ripe for future challenges to decline jurisdiction over non-teaching employees.

An even more momentous decision is expected in the coming weeks on the application of anti-discrimination laws to religious institutions. On May 11, 2020, the U.S. Supreme Court heard oral arguments in two cases, one for age and another for disability discrimination, concerning teachers at religious schools who alleged they were fired in violation of federal anti-discrimination laws. The schools countered that the “ministerial exception” – a First Amendment doctrine which was previously applied to shield ministers or those performing a “ministerial role” from the purview of federal employment laws – extends to them as well. The Supreme Court’s awaited decision will determine the reach of the ministerial exception to non-ordained employees of religious institutions, which would potentially exempt millions of employees from anti-discrimination laws, and even state employment laws. Stay tuned for that ruling.