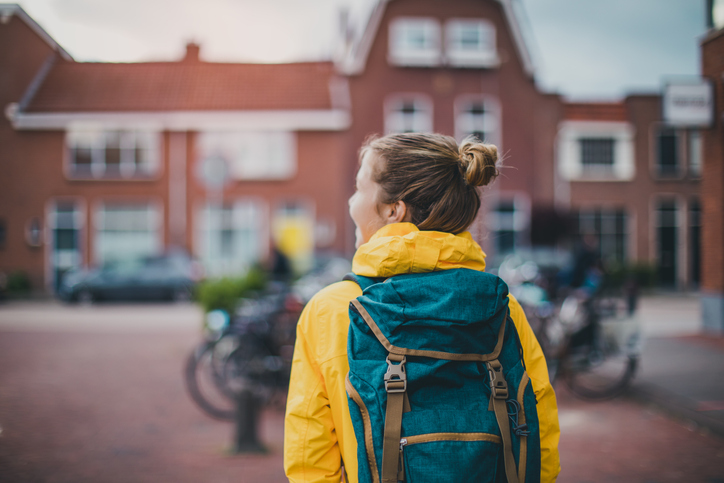 *** UPDATE *** June 26, 2020 – see this post about efforts to delay implementation of the Title IX changes outlined below

June 24, 2020 – On May 6, 2020, the U.S. Department of Education (DOE) released its Final Rule under Title IX of the Education Amendments of 1972, which we blogged about here. Since then, DOE has released three blog posts that answer the following pressing questions:

All institutions are facing a variety of challenges in light of the ongoing impacts of COVID-19. While DOE has indicated that it understands that post-secondary institutions may not be able to manage their investigations as they typically would, it has confirmed that schools may not adopt a blanket policy of putting investigations or proceedings “on hold” until resumption of normal campus operations, or refuse to accept and respond to new complaints. Instead, DOE encourages schools to make good-faith efforts to respond promptly and effectively and to document such steps.

2. Does the Final Rule’s exclusionary rule preclude post-secondary institutions from relying on a description of a party’s statement when that party has not submitted to cross-examination?

The short answer is no. While the Final Rule precludes schools from relying on the statements by a party or witness in reaching determinations of responsibility if such individuals do not submit to cross-examination at a live hearing, that rule does not apply to “evidence (such as videos) that do not constitute a person’s intent to make factual assertions,” or to speech that constitutes one or more categories of sexual harassment. By contrast, the Final Rule would preclude out-of-hearing statements by a respondent to a third-party witness that they were responsible for a sexual assault from being considered by a fact-finder, if that third-party witness did not appear at the hearing.

3. How and what training materials must be posted on an institution’s website?

The Final Rule requires schools to post the following information on their websites: (i) its Title IX Coordinator’s contact information; (ii) its non-discrimination policy; and (ii) materials used to train its Title IX personnel. Such training must be maintained by the school for at least seven years, must not rely on sex stereotypes, must promote impartial investigations/adjudications, and must cover:

In addition, a school’s investigators must receive training on issues of relevance to create an investigative report that fairly summarizes relevant evidence, while a school’s decision-makers must receive training on any technology to be used at a live hearing, and on issues of relevance of questions and evidence, including when questions and evidence about a complainant’s sexual predisposition or prior sexual behavior are not relevant.

On May 18, 2020, the DOE provided additional guidance that emphasizes that in the interest of transparency, schools must: (i) post “all materials used to Title IX Coordinators, investigators, decision-makers, and any person who facilitates an informal resolution process,” stating that anything less (including a listing of topics) is insufficient; and (ii) obtain appropriate permission to post a school’s current training materials to the extent they are copyrighted or otherwise protected business information. If a school cannot obtain the requisite permission to post such materials, then it must “create or obtain training materials that can lawfully be posted on the school’s website.”

For additional information about the Final Rule, below is the text of the e-alert that we circulated on May 6, 2020.

Title IX prohibits discrimination and harassment on the basis of sex in education programs or activities that receive federal financial assistance. The Final Rules (FR) are very similar to the draft rules issued in the November 29, 2018 Notice of Proposed Rulemaking, but contain several notable changes that reflect some of the more than 100,000 public comments the DOE received.

More than 2,000 pages in length, the FR becomes effective August 14, 2020, and, according to the DOE, carries the full force of federal law (in light of the preceding rulemaking and public comment process).

Highlights related to post-secondary institutions are briefly summarized below:

Redefining sexual harassment: The FR defines sexual harassment to include: (i) quid pro quo conduct; (ii) unwelcome conduct determined by a reasonable person to be so severe, pervasive, and objectively offensive that it denies someone equal access to educational program/activity, (iii) sexual assault (as defined in the Clery Act); or (iv) dating violence, domestic violence or stalking as defined in the Violence Against Women Act. The “reasonable person” qualifier to “unwelcome conduct” is an addition from the proposed rule.

Limiting Title IX Obligations: The FR narrows the scope of an institution’s formal obligation under Title IX such that it must respond when: (i) it has actual knowledge of sexual harassment; (ii) that occurred within the school’s education program or activity; (iii) against a person in the United States. Actual knowledge means notice to the Title IX Coordinator or any official with authority. Education program or activity includes locations, events, or circumstances over which the school exercised substantial control over both the respondent and the context in which the sexual harassment occurs, and also includes any building owned or controlled by a student organization that is officially recognized by a post-secondary institution (e.g., fraternities and sororities).

Also, complaints related to study abroad are now confirmed as being outside the scope of a school’s formal Title IX obligations. In addition, the FR makes clear that nothing prevents colleges and universities from resolving sexual harassment conduct that happens outside of an institution’s education program and activity from applying the same grievance process that is required under Title IX.

Eliminating Responsible Employees: The FR retains the requirement for schools to designate Title IX Coordinators and train those coordinators and other officials with authority, but otherwise eliminates the broader concept of “responsible employees” from prior DOE guidance, thus narrowing the number of employees that schools are required to train.

Deliberate Indifference Standard and Timeframes: The FR still requires schools to respond promptly to sexual harassment in a manner that is not deliberately indifferent. Consistent with the 2017 Q&A, there are no specific time frames; instead, schools must conclude the grievance process with a “reasonably prompt” timeframe. The FR did not adopt a proposed safe harbor against a finding of deliberate indifference in cases where, in the absence of a formal complaint, the school implemented supportive measures for the complainant.

Grievance Procedures That Require Live Hearings: The FR confirms that the single investigator model is still prohibited, and requires schools to implement grievance procedures with live hearings (including remote participation options) where parties may not directly question each other, but may indirectly question each other and witnesses through advisors and/or decision-makers/hearing officers.

Required Appointment of Advisors: Among other things, the FR confirms that parties have an opportunity to select the advisor of their choice (consistent with the Clery Act), but that if a party does not have an advisor present at the live hearing, schools must provide parties with advisors, without fee or charge to the party, to conduct cross-examination. Such advisors may, but are not required, to be attorneys. Further, any questions excluded by the decision-maker must be explained.

Rape Shield Protections Maintained: The FR retains rape shield protections for complainants except to the extent that they relate to an attempt to prove someone other than the respondent committed the allegations, or are offered to prove consent from prior sexual behavior between the complainant and respondent.

Schools Have Options for Standards of Evidence: The FR permits schools to choose either “clear and convincing” or “preponderance of” as their standard of evidence for such grievance procedures, but the same standard of evidence must be utilized for evaluating formal complaints of sexual harassment against students as is used for evaluating formal sexual harassment complaints against employees, including faculty. A proposed requirement that the preponderance of the evidence standard be utilized only when it served as the standard for code of conduct violations that carried the same maximum sanction but did not involve sexual harassment allegations was removed.

Retaliations Prohibited: The FR retains non-retaliation provisions that among other things prohibit schools from disciplining students for certain types of actions revealed during the investigative/grievance process, as well as clarify that the exercise of First Amendment rights do not constitute retaliation.

Informal Resolution Options: The FR still permits schools to offer informal resolution where parties elect to do so on a mutual, voluntary basis, except in cases involving allegations that an employee sexually harassed a student.

Is the Final Rule for Real: What Will Colleges and Universities Have to do on August 14?

Several groups have long threatened legal challenges to block implementation of the FR, including the National Women’s Law Center, which has asserted that the FR denies survivors their civil rights. Other groups have complained that the FR represents administrative overreach or impermissibly conflicts with state law. As of June 24, 2020, at least three declaratory/injunctive relief actions have been filed, seeking to block the Final Rule from being implemented. It remains to be seen when courts would rule on such challenges and what provisions of the FR will be challenged.

Among the more potentially economically impactful provisions for higher education institutions are those that require schools to provide the same levels of grievance procedures for employees as for students, along with the provisions that require institutions to provide parties—whether employees or students—with advisors that can conduct cross-examination of other witnesses and parties on behalf of a party. Moreover, the FR could be overturned by a simple majority of the U.S. Senate pursuant to the Congressional Review Act, which would depend on the results of the November 2020 elections.
What Should Schools Do Now?

Although the FR is not effective until August 2020, higher education institutions should begin analyzing their existing sexual harassment/misconduct policies and related grievance procedures to identify areas where revisions are necessary/appropriate sooner, rather than later, in order to account for the time typically needed for policy changes/adoptions in advance of the fall 2020 semester.

Here are some important points for institutions to keep in mind:

For more information about the FR or Title IX, please reach out to Derek Ishikawa, dishikawa@hkemploymentlaw.com, (310) 255-1803, in Hirschfeld Kraemer LLP’s Los Angeles office.