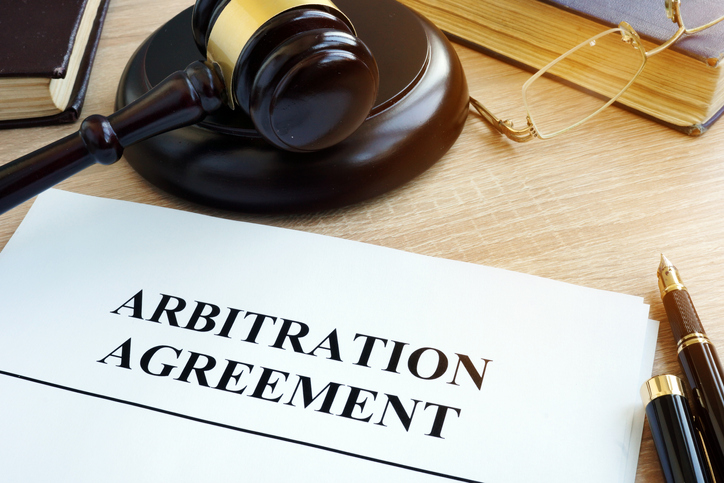 On April 24, 2019, the U.S. Supreme Court in Lamps Plus, Inc. v. Varela issued the latest in what has become a burgeoning series of impactful rulings related to arbitration agreements in the employment realm:

In this latest case, Lamps Plus, Inc. v. Varela, Chief Justice Roberts, writing for the 5-4 majority, expanded upon prior Supreme Court rulings dealing with the ability of courts to compel arbitration on a class-wide basis. Specifically, the Varela majority held that a court may not compel classwide arbitration when the applicable arbitration agreement is ambiguous as to the availability of such classwide treatment.

In Varela, the Supreme Court entertained a similar question, considering an arbitration agreement that was not silent, but instead was ambiguous with respect to classwide treatment.

In upholding a district court ruling compelling classwide arbitration, the Ninth Circuit (from which this case was appealed) relied upon a California contract interpretation doctrine which states that a court should construe ambiguity in a contract against the drafter; in the case of employment arbitration agreements, this is almost invariably the employer.

The Varela majority, however, rejected this approach, reasoning that this doctrine of contract interpretation is a tie breaker, and should only be used as a last resort when the court is unable to discern the intent of the parties. Here, despite some degree of ambiguity, the Varela Court held that the same reasoning driving the holding in Stolt-Nielsen also enabled it to discern the intent of the parties in this instant.

The Court in Varela held that “[l]ike silence, ambiguity does not provide a sufficient basis to conclude that parties to an arbitration agreement agreed to ‘sacrifice the principal advantage of arbitration.’”

What this means for employers:

While the Varela ruling appears on its face to have issued a bright line rule, lower courts will inevitably wrestle with the contours of what it means for an arbitration to be “ambiguous” with respect to classwide treatment. Indeed, as Justice Thomas’s concurrence revealed, his view was that the relevant arbitration agreement was not even ambiguous to begin with. In closely considering the agreement’s specific language, he notes that:

“[h]ere, the arbitration agreement between Varela and Lamps Plus is silent as to class arbitration. If anything, the agreement suggests that the parties contemplated only bilateral arbitration. App. to Pet. for Cert. 24a (waiving “any right I may have to file a lawsuit or other civil action or proceeding relating to my employment with the Company” (emphasis added)); ibid. (“The Company and I mutually consent to the resolution by arbitration of all claims . . . that I may have against the Company” (emphasis added)).” Lamps Plus, Inc. v. Varela, 587 U. S. ____ (2019).

As the concurrence demonstrates, careful and deliberate drafting remains crucial to safeguarding an arbitration agreement’s effectiveness. Additionally, as astute California readers may recall, the California Supreme Court in Iskanian v. CLS Transportation, has held that the right to bring a collective action under the Private Attorneys General Act (“PAGA”) may not be waived through a mandatory employment arbitration agreement. Though yesterday’s ruling in Varela may signal the U.S. Supreme Court’s willingness to consider and possibly overturn that precedent, the Varela ruling leaves that precedent undisturbed.

When used properly, arbitration agreements have the potential to greatly reduce business operating and litigation costs, to the benefit of both employers and employees. Before navigating this complicated and rapidly changing legal landscape, employers are strongly encouraged to consult with legal counsel both to review any existing arbitration agreements and before implementing any new agreements.

Benjamin J. Treger is an associate in the Santa Monica office of Hirschfeld Kraemer LLP. You can reach him at btreger@hkemploymentlaw.com, or (310) 255-1824.