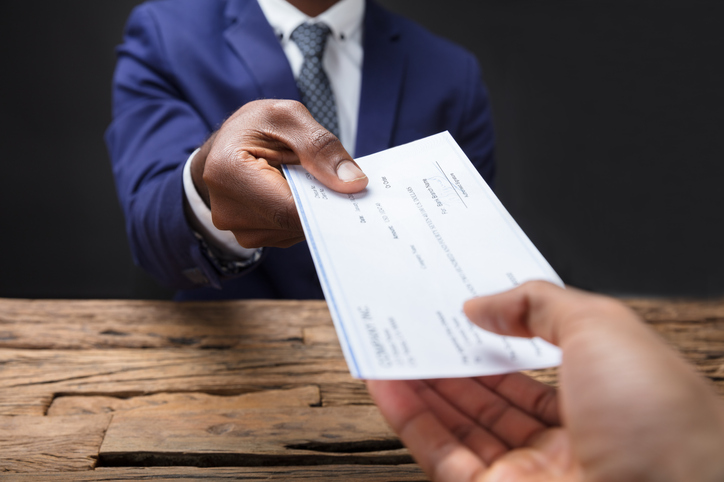 Employers of Commissioned and Piece-Rate Employees: Pay Minimum Wage for Every Hour Worked With No Later “Clawback” and You May Be in the Clear

In 2017, we blogged about Vaquero v. Stoneledge Furniture, LLC, in which the California Court of Appeal ruled that employers must separately compensate commission-based employees for rest breaks.

At first blush, this practice seems to check all the boxes—the employee was paid for each hour worked (including on-the-clock rest breaks) at a rate that exceeded the minimum wage. Not so fast: under that commission plan, these additional amounts paid by the employer to get to the $12.01 hourly rate were classified as advances on commissions, and the employer could deduct these advances from subsequent paychecks, so long as such deductions or “clawbacks” did not bring the effective hourly rate in that subsequent pay period to less than $12.01 per hour.

The Court of Appeal, with some force of logic, reasoned that the additional payments made by the employer were nothing more than an “interest free loan” which, when they were recouped in a later pay period, reduced the amounts paid in the earlier period to a rate below minimum wage. This meant that the rest breaks were not “paid” appropriately as required by California law, and were the wage and hour equivalent of robbing Peter to pay Paul.

This was a sea change in understanding how California employers can lawfully structure their commission plans, and it has resulted in a bevy of class actions based upon alleged rest break violations similar to those claimed in Vaquero.

At the close of 2018, employers received, at least for the moment, a modest yet significant “win”: another Court of Appeal decision that draws in the holding of Vaquero and other decisions interpreting the need to separately compensate hourly employees for rest periods.

In Certified Tire and Service Centers Wage and Hour Cases, the employer paid a guaranteed minimum hourly rate to its auto-mechanic employees. These employees were also eligible to be paid at a potentially higher rate if they met other performance benchmarks. Essentially, the employees were paid at an ever higher rate depending upon how many qualifying auto repairs they performed—the quicker they could complete a repair job, the better the chance that they could perform more such repair jobs in a single day and get paid at a higher hourly rate. So these employees always earned at least the minimum wage, but whether they were paid at a rate higher than this based rate depended upon their performance in a given work week.

This difference was no small matter: some employees were paid well above the lowest agreed-upon rate of $10 per hour—it could be up to $70 per hour during some workweeks. Consistent with the practices of most employers of non-exempt, hourly employees, the auto mechanics here did not clock out for rest breaks.

So what was Plaintiffs’ beef here, you might ask, given that, at first blush, no putative class member earned less than the agreed upon base rate, which at all times met or exceeded the applicable minimum wage? Plaintiffs argued that their rest breaks were not truly “paid,” or were not paid at the correct rate, but rather that the employer averaged the mechanics’ pay over an entire pay period to facially comply with minimum wage laws. As Plaintiffs noted, under California decisional law (dating back to Armenta v. Osmose, Inc., a 2005 Court of Appeal decision), an employee must be separately and adequately compensated for each hour worked; trying to avoid this requirement by calculating an “effective” hourly rate (by dividing all compensation paid by total hours, even where some of the hours standing alone were underpaid or unpaid) is unlawful. Plaintiffs noted that Armenta has since been applied to employees in piece-rate as well as commission settings (indeed, the Court of Appeal in Vaquero relied heavily upon Armenta in reaching its decision).

Plaintiff then took his argument beyond Armenta: he argued that the employees had no opportunity during rest breaks to earn additional credit under the formula that would increase their regular rate. Put another way, the employees agreed that they were paid the minimum wage or more during their rest breaks, but complained that they had no way to increase their rate during those breaks. This, to Plaintiff, was key as to why rest breaks had to be paid at a separate rate and not commingled with other hours worked when figuring out payroll.

The Court of Appeal disagreed. It noted at the outset that the workers always received at least the minimum wage, and that the formula simply determined how much above the minimum wage they would earn. Thus, the Court distinguished the case from those in which workers received no compensation or inadequate compensation during certain times, such as travel to work sites, commission plans like those in Vaquero, or piece-rate cases.

For the moment, at least, employers of commissioned and piece-rate employees should structure their commission/piece-rate agreements so that there is no “clawback” in a later period of wages paid in an earlier period to meet minimum wage requirements – even if the agreement specifies that the clawback amount is an advance or draw against future commissions/earnings.

Two critical and interesting notes here: one, the Plaintiffs have requested that the California Supreme Court review this decision. The Supreme Court will need to grant such review by mid-February 2019 or the decision will stand, as-is. Two, in addition to basing its decision on the fact that the employees in this case were never paid less than the minimum wage for any hour worked (as the trial court stated, the compensation plan at issue had a clear “floor”—it was the “ceiling “ that could fluctuate), the Court of Appeal made a point to state that the compensation plan at issue in this case was neither a commission plan nor a piece-rate plan. Instead, the Court described it as “an hourly rate system in which technicians are paid at a single hourly rate for all hours worked during a pay period.”

Employee-side counsel will, we predict, try to narrow Certified Tire by restricting it to similar “hourly rate systems” and declare that it has no applicability to commission or piece-rate plans. If the California Supreme Court grants review, then the viability of that argument is anybody’s guess. If the Supreme Court denies review, and the decision stands, such a distinction appears to be non-substantive—if a compliant hourly rate is being paid for all hours worked and there is no averaging, then the rest breaks would indeed be separately compensated. But whether this argument holds up is an open question. Stay tuned in 2019.

Monte Grix is an associate in Hirschfeld Kraemer LLP’s Santa Monica office. He can be reached at (310) 255-1827 or mgrix@hkemploymentlaw.com.