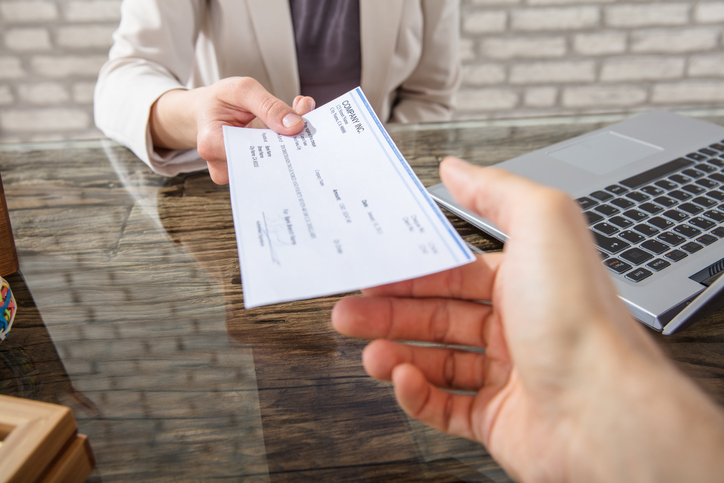 Last week, the California Supreme Court confronted questions from the Ninth Circuit about the application of California’s wage and hour laws to flight attendants and pilots who work primarily outside of California’s territorial jurisdiction.

Despite fact patterns specific to the airline industry, the decisions in Ward v. United Airlines, Inc. and Oman v. Delta Air Lines, Inc. provide much-needed guidance to a broader base of employers. Oman, in particular, is significant for employers who utilize commission and other non-traditional pay structures in trying to understand the California Labor Code and how it applies to their operations.

Ward v. United Airlines, Inc.
Ward began as three separate class actions filed by pilot Charles Ward and flight attendants Felicia Vidrio and Paul Bradley. Each of these California residents challenged United’s wage statements under California Labor Code section 226, which requires employers to provide certain information on employee pay stubs (including, among other things, the employer’s address). The Ward plaintiffs asserted that the wage statements did not include United’s street address, the hours worked during the pay period, and the applicable hourly rates.

Background
At the federal district court level, United succeeded on motions for summary judgment in each case, and on appeal, the Ninth Circuit certified two state law questions to the California Supreme Court:

California-Based Employees Are Entitled to Section 226-Compliant Wage Statements
Regarding the Ninth Circuit’s second question—whether the plaintiffs are entitled to wage statements that comply with Section 226—the Court held that the first consideration should be whether an employee works the majority of the time in California or in another state. Where employees do not work the majority of the time in any one state, the relevant question will be “whether the employee has a definite base of operations in California, in addition to performing at least some work in the state for the employer.” Under this analysis, a pilot or flight attendant with a designated home base airport located in California would be entitled to receive wage statements that comply with section 226.

The Court rejected several proposed tests advanced by the parties for determining section 226’s applicability, including United’s argument that the federal “job situs” test should determine whether an employee is entitled to the protections of a state’s labor laws. Under this test, an employee would be entitled to wage statements compliant with section 226 only if the employee performed all or most of their work in California. The Court noted that under this test, transportation industry employees such as truck drivers and airline personnel, who do not perform the majority of their work in any one jurisdiction, would not be entitled to the protections of any state’s laws.

The Court also rejected Ward’s argument that the analysis should consider an employee’s place of residence, receipt of wages, and payment of taxes. The Court pointed to its 2011 decision in Sullivan v. Oracle Corp., in which it extended California’s overtime laws to nonresident employees of a California corporation who worked in California for “full days and weeks” at a time. Thus, under Sullivan, “being a nonresident does not exclude an employee from the state’s labor protections.”

The flight attendants argued that the structure violated California’s minimum wage law, in part, because the most frequently used formula was based solely on flight time, and did not factor in the hours flight attendants spend working on the ground before and after flights. The Court was asked to decide whether this structure violates California’s “no wage averaging” or “no wage borrowing” principle. “Wage borrowing” refers to the practice of taking compensation due for one set of hours and spreading or averaging it over other hours to satisfy the minimum wage. Prior California decisions barred this practice and, in Oman, the California Supreme Court clarified and affirmed this principle, while finding Delta’s pay structure compliant. The Court held that regardless of the method of compensation, the employer must pay at least minimum wage for all hours worked and employees must receive “the greater of (1) the amount guaranteed by contract for the specified task or period, or (2) the amount guaranteed by the minimum wage.”

The Court looked to Delta’s contractual commitments to its flight attendants, noting that its Work Rules specifically state that compensation will be determined by the rotation, rather than by the hour. Each of Delta’s four formulas for calculating compensation “guarantees that flight attendants are always paid above the minimum wage for the hours worked during each rotation without borrowing from compensation promised for other rotations.”

Flight attendants are presented with information about the entire scheme and bid on their work assignments according to the entire scheme. And the scheme, taken as a whole, does not promise any particular compensation for any particular hour of work; instead … it offers a guaranteed level of compensation for each duty period and each rotation. Because there are no on-duty hours for which Delta contractually guarantees certain pay—but from which compensation must be borrowed to cover other un- or undercompensated on-duty hours—the concerns presented … [in other cases] … are absent here.

The case provides much-needed guidance and support for employers choosing to use innovative or other non-hourly contractual compensation structures that pay their employees at or above minimum wage for all hours worked.