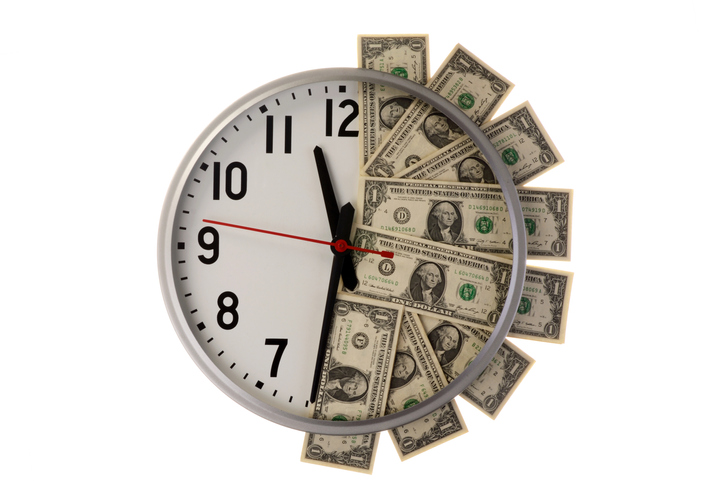 NO. 3 – MINUTES COUNT: THE FLSA’S DE MINIMIS DOCTRINE DOES NOT APPLY IN CA

California employers have long relied on federal doctrines such as the de minimis rule, which excuses employers from compensating employees for very small amounts of time worked off the clock, when creating their own policies. In July, however, the California Supreme Court rejected that doctrine in Troester v. Starbucks Corporation (2018) 5 Cal. 5th 829, holding that Starbucks employees should have been paid for minutes of time spent on closing duties each day after they clocked out.

The federal de minimis doctrine (the phrase is Latin for “minimal”) permits employers to disregard insignificant periods of daily work time where it is not practical to record the time. That doctrine dates back to a 1946 Supreme Court case, Anderson v. Mt. Clemens Pottery Co. (1946) 328 U.S. 680 and over the years has allowed employers to avoid compensating employees for up to 10 minutes of otherwise compensable daily work time. In a 1984 case, the Ninth Circuit Court of Appeals, which interprets federal law for California employers, articulated three relevant factors to the de minimis determination: (1) the practical administrative difficulty of recording the additional time, (2) the aggregate amount of compensable time, and (3) the regularity of the additional work. (Lidow v. U.S. (9th Cir. 1984) 783 F.2d 1057, 1063.)

Until this year, the California Supreme Court had not addressed whether the federal de minimis doctrine extended to claims for unpaid wages asserted under California law.

In August of 2012, former Starbucks shift supervisor Douglas Troester filed a class action lawsuit in the Los Angeles Superior Court on behalf of non-managerial Starbucks employees in California. Troester’s primary theory of liability was that daily closing duties performed off the clock amounted to compensable time for which the employees should have been paid. Troester asserted a claim for unpaid wages and derivative claims for failure to provide accurate wage statements, failure to pay final wages in a timely manner, and unfair competition.

Starbucks removed the case to federal court and filed a motion for summary judgment, arguing that the Company was not required to pay employees for the minutes spent each day on closing duties because the time was so minimal. The District Court granted Starbucks’ motion, finding the time to be de minimis. The District Court’s decision assumed that Troester spent between four and 10 minutes each day on closing tasks and that the time would be difficult to capture. The District Court did not find the regularity with which the closing duties occurred to be a significant factor in reaching its conclusion.

Troester appealed the District Court’s decision to the Ninth Circuit Court of Appeals, and the Ninth Circuit in turn asked the California Supreme Court to determine whether the de minimis doctrine applies to claims for unpaid wages brought under Labor Code sections 510, 119 4, and 1197.

The Court first assessed whether the federal de minimis doctrine had been adopted by California’s wage and hour statutes or wage orders. The answer was a resounding “no.” The Court was particularly interested in the language of Wage Order No. 5 (the wage order applicable to Starbucks), which requires employees to be paid for “all hours worked.” (Id. at 840-41.) The Court distinguished this directive from the de minimis doctrine, which would allow for up to 10 minutes of daily work time to go unpaid. Given that California law as articulated in the governing Wage Order is more protective than the federal law, the Court declined to find that the Wage Order—or any of California’s other wage and hour regulations or statutes—had adopted the federal doctrine. The Court was also quick to sweep aside Starbucks’ alternative argument a de minimis rule exists under California law and could be applied to wage and hour cases such as this one.

Next, the Court moved on to address Troester’s claim that the four to 10 minutes per day he and other Starbucks employees spent on closing tasks was compensable time that should have been paid. The Court agreed. Where employees are required to work off the clock on a regular basis, even for mere minutes each day, that time must be compensated. The de minimis doctrine cannot be relied upon excuse the non-payment of wages for this type of work. In reaching this decision, the Court focused on the fact that even minutes of off the clock work each day can add up—Troester’s claim for unpaid wages over 17 months of work totaled 12 hours and 50 minutes, or $102.67.

Capturing Regular Off the Clock Work

Although the Court refused to find that the de minimis rule is generally applicable under California law or could be applied to Troester’s specific claims, it left open the possibility that the rule might apply in future wage and hour cases. Employers shouldn’t hold their breath, though. The Troester decision confirms yet again that California wage and hour law is more protective than its federal counterpart. The decision is also a reminder that the arguments attempting to place the burden of avoiding potential wage and hour violations on employees will not be well received by the Court.

In light of this decision, employers should focus their efforts on assessing whether their hourly employees perform routine tasks before clocking in or after clocking out that pose a risk for off the clock claims. The Troester Court addressed potential solutions for capturing this time, including restructuring employees’ work to allow these tasks to be captured by the employer’s regular timekeeping system, utilizing customized time tracking tools to allow employees to input their time remotely via smartphones, tablets or other devices, or even adopting a reasonable estimate of this additional work time.

China Westfall is an associate in the San Francisco office of Hirschfeld Kraemer LLP. She can be reached at (415) 835-9067, or cwestfall@hkemploymentlaw.com.