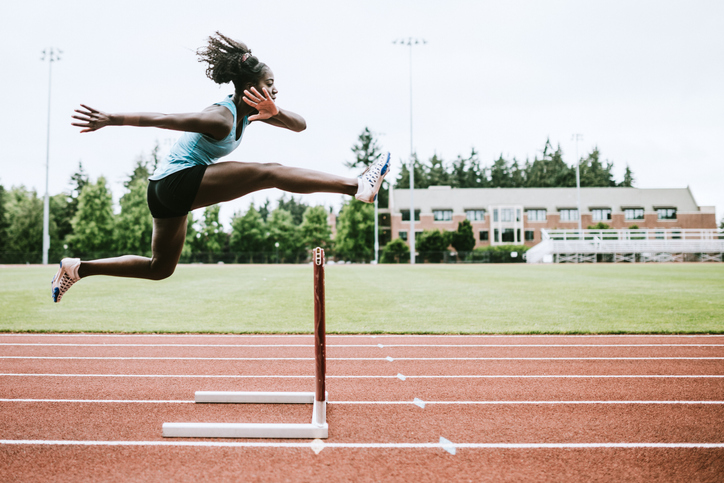 But international student-athletes, meaning those who are not U.S. citizens or lawful permanent residents, face different considerations. Their immigration status and ability to remain in the U.S. short-term or long-term may be affected by how they try to benefit from use of their NIL. U.S. colleges and universities have a strong interest in protecting the immigration status and thus the ongoing enrollment and program participation of their international student-athletes.

We recommend that college and universities educate their international student-athletes about their rights and risks around NIL and how their situation differs from their U.S. peers, to avoid drastic consequences of even the most innocent missteps.

Certified F-1 sponsoring schools have an express duty to educate and inform their F-1 students about F-1 compliance rules, including the scope of permissible employment and the approvals needed to authorize permissible types of employment. International student-athletes in F-1 international student visa status are not allowed to work for pay outside of certain approved types of employment, either on campus (for the school or a service provider for the campus community), or for training in their field of endeavor and authorized by their school’s Designated School Official (DSO) for their F-1 program.

Passive income is permitted for international students in F-1 status and does not violate their F-1 visa status. Applicable state laws are important indicators of the rules, but international student-athletes are subject to the umbrella of U.S. immigration law and interpretation of “work” versus “passive income” by the DHS, which won’t necessarily agree with state labor and employment regulators.

To avoid a status violation, F-1 international students need to understand what seems to be passive income and what seems to be work for pay. For example, appearing in a scripted advertisement probably is work for pay, whereas use of competition film or photos in subsequent advertising probably is passive income. So that means appearing in a scripted advertisement filmed on campus is not permissible “on campus employment” for F-1 international students, unless the school is creating the advertisement on campus for its own promotional efforts.

DRASTIC CONSEQUENCES FOR F-1 VISA VIOLATIONS
Each school certified by DHS to sponsor F-1 international students must appoint one or more DSOs on campus who have delegated authority from DHS to monitor the F-1 status of the international students on its campus. If a DSO becomes aware that an F-1 student worked for pay – or “volunteered” to work without pay – outside authorized parameters for F-1 status, the consequences can be drastic. DSOs dread that one of their F-1 students could show up at their home off campus as a commercial delivery person, giving the DSO actual knowledge that the F-1 student is engaging in unauthorized employment.

If an F-1 student violates status by engaging in any amount of unlawful employment, the DSO is required by law to terminate the student’s SEVIS record with the Student and Exchange Visitor Program, U.S. Immigration and Customs Enforcement (SEVP – ICE – DHS), which terminates the student’s F-1 visa status. The student then has to either apply to U.S. Citizenship and Immigration Services (USCIS – DHS) for reinstatement to F-1 status, or depart the U.S. and return based on a new F-1 SEVIS record from their school. If they depart the U.S., it’s likely they will need to obtain a new F-1 visa stamp at a U.S. consular post (the State Department), and then they will need to request return admission to the U.S. in F-1 status. When a student arrives at a U.S. port of entry and requests admission in F-1 status, U.S. Customs and Border Protection (CBP – DHS) checks their SEVIS record to make sure they still are authorized for F-1 status by their school and SEVP (ICE – DHS). CBP will know from SEVIS if a student recently was terminated in SEVIS for a status violation such as unlawful employment and now is returning on a new SEVIS record, and CBP has the opportunity to question the student about the circumstances.

USCIS, the State Department, and CBP – DHS at U.S. ports of entry, each has discretion to deny reinstatement or return to F-1 student status every time they are asked to approve an application, issue a visa stamp, or admit a traveler to the U.S.

INTERNATIONAL STUDENTS IN OTHER VISA CATEGORIES ARE ALSO AT RISK
The same situation applies to international students who are in other types of status categories that don’t allow employment, such as dependents of international personnel working in the U.S. These students may not be identified or tracked by a college or university because they aren’t sponsored by the school for F-1 student visas, but similar to F-1 students, they aren’t allowed to engage in employment. It can be even harder for student-athletes in other status categories to rectify their immigration status after even an innocent status violation, because the school doesn’t manage their immigration status and there’s no “reinstatement” process for other visa categories.

If you have questions or need help preparing handouts or FAQs, please contact attorneys Leigh Cole or Adam Maldonado at Hirschfeld Kraemer LLP.