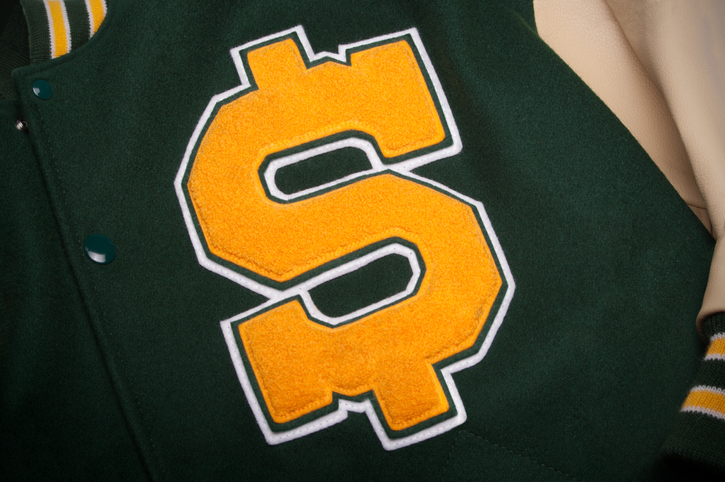 Overlapping but fundamentally different legal developments in the last few weeks have transformed how the National Collegiate Athletic Association (NCAA) defines and applies “amateurism” – the core concept by which the NCAA’s more than 1000 member institutions and conferences collectively relate to college athletes, define and limit their rights, and seek to differentiate college athletics from professional sports. This post offers a brief roadmap through these momentous changes.

Most immediately, on June 30, 2021, the NCAA’s Board of Governors ended the NCAA’s long prohibition against collegiate athletes financially profiting from their Name-Image-Likeness (NIL) assets while competing in college athletics. For the first time in the NCAA’s 115-year history, athletes now may secure endorsement deals, receive compensation for postings and content related to their social media accounts, sell autographs, appear on trading cards, accept video game deals, and otherwise profit from their NIL rights – either in accord with applicable state laws or, in states without such laws, through policies which their institutions must develop. Following its initial press release announcing the interim NIL policy change, the NCAA has compiled a suite of educational materials further explaining the immediate impacts and reach of its NIL decision.

The NCAA policy was approved just before conflicting laws and executive actions – all of which would have overridden the NCAA’s prior NIL prohibitions in many respects – took effect on July 1, 2021, in approximately a dozen states, with many other new state provisions set to follow, including California. Applicable across all three NCAA Divisions, the change is an interim approach to what otherwise would have been the chaos of inconsistent state laws across the country. It followed year-long efforts to secure at least temporary uniform federal legislation, and will remain in effect until superseded by federal law – which may still be forthcoming over the next year – or by a permanent NCAA policy whose details accommodate the varying state approaches. (What we think is the best overall summary of this history, as well as of possible federal issues, can be found here).

The NIL change came hard on the heels of the U.S. Supreme Court’s unanimous June 21, 2021, decision in NCAA v. Alston, upholding a ruling by the United States Court of Appeals for the Ninth Circuit that another category of NCAA restrictions for college athletes – on so-called “education-related benefits,” such as enhanced tutoring services or scholarships for graduate school – were subject to scrutiny under the Sherman Act, failed that scrutiny, and thus violated federal antitrust law.

Separately, either the new NIL structure or the Alston decision – one a policy change following state and threatened federal legislation, the other the result of landmark litigation – would have been a paradigm shift in college sports. Taken together, the two developments will fundamentally alter how college athletes will share in the billions of dollars of annual college athletic revenues, the structure of institutional and conference finances, and potentially the meaning of gender equity in college sports – and thus, many observers believe, will reshape the underlying structure of college athletics.

With so much change to consider, institutions need to be clear about what they need to do now, in responding to the NIL change pending further Congressional or NCAA action, and what was and was not decided by the Supreme Court in Alston.

Payments to Athletes from Schools

Alston addressed direct payments from schools to athletes of benefits with an educational nexus, such as post-graduate education funding, internships, or computers and other school-related supplies. The Supreme Court prohibited regulation of this area at the national level, but left open the possibility of different rules issued by different conferences. As conferences across all three NCAA Divisions work through this area, schools will need to participate fully in their conferences’ efforts, and be especially attentive to whether state laws that primarily address NIL issues also address these kinds of education-related “benefits.”

What Alston didn’t address was the application of separate NCAA “amateurism” rules that prohibit what is commonly referred to as “pay-for-play” – direct compensation for athletic activity, unrelated to educational benefits – and attendant possible issues such as athlete participation in rule-making (as through collective bargaining), or tax consequences of actual “pay” above full athletic scholarships.

Although these pay-for-play prohibitions were upheld by the 9th Circuit, neither party appealed the issue to the Supreme Court; it thus was neither before the Court, nor addressed by it. Pending new litigation, those rules remain in effect: NCAA member institutions still may not compensate student-athletes for athletic participation or achievement or provide a student-athlete with compensation contingent on future enrollment. And while some of the new state laws may address pay-for-play issues in ways that differ from the NCAA rules, the NCAA’s new NIL policy does not change those rules.

What schools do need to do now – and have already begun to do, especially in states whose laws took effect on July 1, 2021 – is implement the new NCAA NIL policy, with particular focus on the details of applicable state laws. There are many areas of uncertainty – these are the issues we think are key:

– Overall Effect on College Athletes: College athletes now may benefit from NIL opportunities, no matter where their school is located or whether there is an applicable state law, and institutions may help them arrange such opportunities. But the NCAA’s existing non-NIL rules still apply, especially those which prohibit “pay-for-play,” improper recruiting inducements, and improper involvement by institutional “boosters”.

– Applicable State Laws or Executive Orders: The interim NCAA policy requires institutions to allow athletes to engage in NIL-related activity “consistent with the law of the state” in which the institution is located: if an institution’s state does not yet have an applicable law, the institution must permit NIL activities consistent with the NCAA’s policy. The policy does not address applicability of a law in the state of the athlete’s residence – with or without a law in the state where the athlete’s institution is located – but institutions should consider what such laws might provide.

– Multiple or Divergent State Restrictions: The interim policy doesn’t have uniform guidelines as to what NIL activities are permitted, and state NIL laws differ significantly as to whether, e.g., student-athletes may use an institution’s name or logo, receive compensation for promoting alcohol, tobacco, or gambling, and in other areas. Florida, for example, requires student-athletes to take a five-hour workshop covering “financial literacy, life skills, and time management skills” before their first year in order to engage in NIL-conduct. In Arkansas, student-athletes are prohibited from negotiating or receiving NIL compensation prior to enrollment. And in Alabama, student-athletes may only receive NIL compensation “commensurate with the market value” of their NIL.

– Agents and Other Advisors for Athletes: The policy permits “use of a [third-party] professional services provider for NIL activities”, including an agent, attorney, or brand management company – a significant change from current limits on an athlete’s general engagement of such personnel or companies.

– Reporting Requirements: The interim NCAA policy indicates that student-athletes “should report” NIL-related activities “consistent with state law and/or institutional requirements.” The policy appears not to have created a stand-alone mandatory reporting requirement for athletes when there no state law obligations, but not to prohibit institutions from requiring such reporting. Given that many states do impose such requirements (e.g., Pennsylvania mandates that NIL-related arrangements be reported “within seven days of execution”), institutional and conference reporting and record-retention procedures will need to meet a variety of obligations.

– Impact on International Students: Because the interim NIL policy will apply equally to international athletes, institutions will need to consider what are currently open questions surrounding immigration, visa, and tax implications for international students who engage in NIL-related activity.

The combination of state NIL legislation and the resulting NCAA interim NIL policy change has brought cheers from current and future student-athletes – and considerable uncertainty to administrators and university counsel, who now must quickly develop a playbook to implement, administer, and enforce new templates in a constantly changing environment. And though higher education confronts many other “post-pandemic” challenges, the NIL area is certain to be among the most publicly visible, and potentially among the most controversial.

For more information or for questions about how to navigate these and related legal issues, please reach out to Adam Maldonado, at amaldonado@hkemploymentlaw.com or (415) 835-9075.