New York Court Determines that Delaware, Not California, Law Applies to Employee Covenant Not to Compete 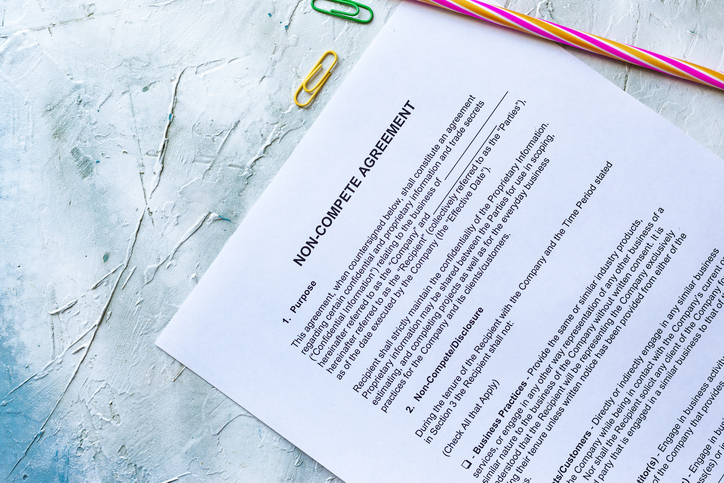 In Perry v. Floss Bar, Inc., 2021 U.S. Dist. LEXIS 43429, a district judge in the Southern District of New York denied a preliminary injunction request from Joshua Perry, who was domiciled in California and was the former President of Floss Bar—a Delaware corporation headquartered in New York—who sought to enjoin enforcement of a covenant not to compete agreement governed by Delaware law that prohibited competition for two years following the end of his employment. The covenant not to compete agreement was entered into in conjunction with Perry’s commencement of employment with Floss Bar.

Any provision of a contract that violates the foregoing Section 925 restrictions is voidable by the employee, who may seek injunctive relief and other remedies and may be awarded reasonable attorney’s fees, and if so voided, the matter must be adjudicated in California under California law.

An important limitation in Section 925—which applies to contracts entered into, modified, or extended after January 1, 2017—is that it does not apply to a contract with an employee individually represented by an attorney in negotiating the terms of an agreement to designate either the venue or forum in which a controversy arising from the employment contract may be adjudicated or the choice of law to be applied.

After Perry and Floss Bar’s business relationship deteriorated and he no longer performed services for Floss Bar—though the parties disagreed on whether his employment had in fact been terminated—Perry filed an action in San Francisco Superior Court in July 2020 against Floss Bar and two of its executives, asserting, among various claims under common law and California securities and employment laws, that the covenant not to compete was foreclosing his ability to secure new employment and was unenforceable under California law. The defendants removed the case to the Northern District of California and then successfully moved to change venue to the Southern District of New York.

In reaching the decision to deny the preliminary injunction, the court determined that Perry would not likely be able to show that the Delaware choice of law provision was void. The court noted that the evidence from Perry—that “[n]egotiations about legal language and such was conducted on my behalf by a lawyer in Copenhagen”—showed that Perry was likely represented by counsel in negotiating the covenant not to compete agreement, which was entered into in consideration of his employment with Floss Bar, thus suggesting that the exception in Section 925(e) of the California Labor Code applied. Even if that exception was inapplicable, the court determined that Perry had not shown that he “primarily resided and worked in California” as required to invoke the protections of Section 925, because in the relevant employment year he had worked fewer than 40 days in California.

The court then applied California’s common law test under the Restatement (Second) Conflict of Laws (“Rest.”) to assess whether the choice-of-law provision was otherwise unenforceable. Under this test, a court must determine “(1) whether the chosen state has a substantial relationship to the parties or their transaction, or (2) whether there is any other reasonable basis for the parties’ choice of law.” Nedlloyd Lines, 3 Cal. 4th 459 (1992). If either test is met, the court must then determine whether the chosen state’s law is contrary to a fundamental policy of the other state whose law would apply in the absence of an effective choice of law provision made by the parties. If there is no conflict between the fundamental policies of the two states, the contractual choice-of-law provision will be enforced.

Citing California case law, the court determined that because Floss Bar was a Delaware corporation, Delaware had a “substantial relationship” to the parties and their transaction under California law. The court went on to conclude that Delaware law would not conflict with a fundamental policy of the state of New York, finding that since Floss Bar was headquartered there, signed the operative agreement there, some of the negotiations occurred there and the other defendants lived there, New York, not California, was the relevant state, and that Delaware and New York applied a similar standard of reasonableness in assessing the enforceability of covenants not to compete. (The court did not give great weight to the fact that Perry was domiciled in California, noting that he traveled extensively, including New York and overseas, and that most of his time was spent away from his San Francisco residence.) Since the court determined that the substantive law of California did not apply to the claim that the covenant not to compete was unenforceable, it concluded that Section 16600 of the California Business and Professions Code—which generally invalidates enforcement of a covenant not to compete against a former employee—was not relevant here.