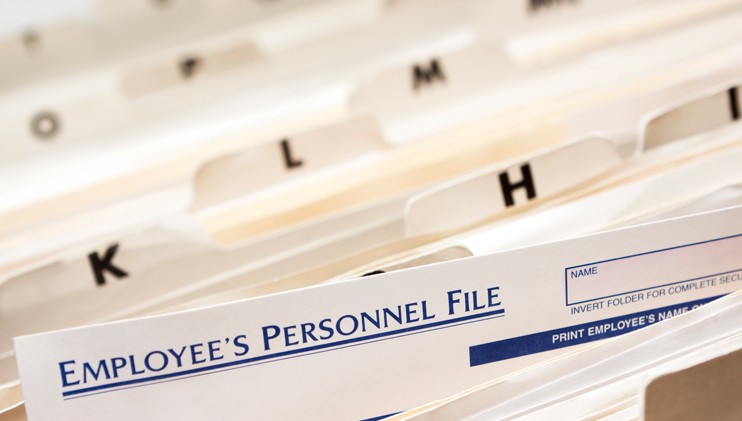 We all know this creepy guy.  In some offices, he bear hugs female co-workers.  In others, he serves as the office masseuse, casually massaging the shoulders of any seated woman he passes in a conference room.

This serial hugger has been the subject of many sexual harassment training sessions over the years — an example of what not to do.  But, the law only protects against “severe or pervasive” harassment that is offensive to a “reasonable person.”  So, while employers strongly discourage such behavior, the hugger is often in a legal gray area.

Today, it became less gray.  In Zetwick v. County of Yolo, the Ninth Circuit found that a female correctional officer stated a triable claim of sexual harassment against a sheriff who “greeted her with unwelcome hugs on more than one hundred occasions, and a kiss at least once, during a 12-year period.”   Do the math: that’s about 8 hugs a year, two in every quarter.  Is that so severe or pervasive that a reasonable woman’s ability to work would be altered?

According to the Ninth Circuit, a jury could easily find that such behavior was not “ordinary workplace socializing” and cumulatively was enough to warrant a trial.  It reasoned that a juror could find that “hugs, in the kind, number, frequency and persistence” of this case — especially by a supervisor — could “create a hostile environment.”  That conclusion, according to the court, was bolstered by the fact that male employees routinely got handshakes instead of hugs.  It found that there is no “magic number” of unwelcome hugs needed to support a harassment claim.

Surprisingly, however, the Ninth Circuit appeared to analyze the facts solely from a subjective viewpoint, namely whether whether the hugs were offensive to Zetwick herself.  It placed great emphasis on her testimony that she was “always stressed, suffered from anxiety, and took a sleep aid” because of the hugs.  But, the law is quite clear that to be actionable, harassment must be offensive both subjectively (i.e., to the plaintiff) and objectively (i.e., to a reasonable person).  The Ninth Circuit recognized that standard but offered no explanation how such sporadic contact would “alter the conditions” of a reasonable person’s working environment.  Instead, it found that the “cumulative effect” of 12 years of sporadic hugging was enough to warrant a trial.

To be sure, this case illustrates the danger of allowing the office hugger or masseuse to run roughshod over the workplace.  Employers routinely discourage touching of any sort in the workplace precisely for the reasons reflected in this decision.  So, while a discussion about workplace hugging or touching is bound to be very uncomfortable, employers still need to have them.

At the same time, this decision does beg the question whether there is any type of definable standard governing harassment cases.  Are two non-consensual hugs a quarter really enough to expose employers to huge liability for sexual harassment?  If, as it appears, that is enough to sustain a harassment claim, is summary judgment ever going to be granted on a harassment claim?

The truth is that, over 30 years after the U.S. Supreme Court recognized a claim for sexual harassment, the law is as clear as mud.  Chances are that many other courts considering this same case would reach the opposite decision.

But, the lesson to be learned is as clear as day.  Regular hugging, massaging or touching has no place in the workplace.  Supervisors who see it should put an end to it quickly or they may find themselves going to trial like the sheriff in this case.