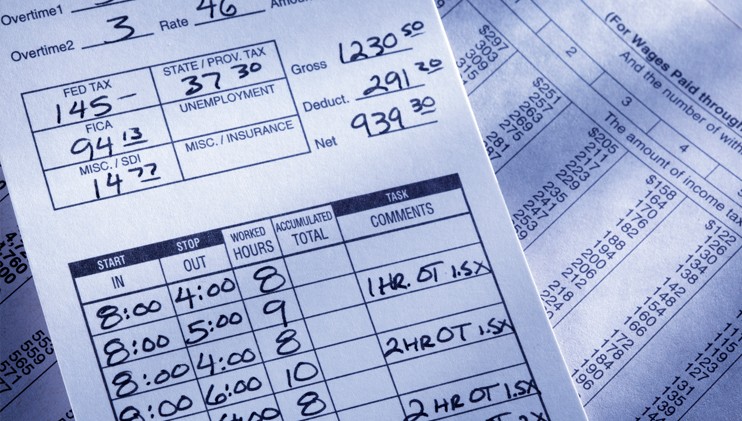 Last week, in Vaquero v. Stoneledge Furniture, LLC, Case No. B269657, the California Court of Appeal decided that hourly employees that are exclusively compensated on a commission basis must also be separately paid for required rest periods.

Under California law, employers must provide their non-exempt workers with paid ten-minute rest breaks for each four hours of work (or major fraction thereof). In Vaquero, two former sales associates brought suit alleging that they had not been paid for the rest breaks that Stoneledge provided. Under Stoneledge’s commission plan, the employer tracked all hours worked by the commissioned salespersons and compensated them in one of the two ways:

In other words, in the event a commissioned salesperson failed to make the equivalent of $12.01 per hour, Stoneledge would provide that worker with an advance that would be paid back through clawed back deductions from future paychecks. However, to ensure that its sales associates were never paid less than the $12.01-per-hour guaranteed minimum, Stoneledge’s plan never took repayment if it would result in payment of less than guaranteed minimum.

In moving for summary judgment, Stoneledge asserted that the rest period claim failed because of its guaranteed minimum plan: “all time during rest periods was recorded and paid as time worked identically with all other work time,” such that sales associates were paid at least $12.01 per hour even if they made no sales at all. The trial court agreed, concluding that “Stoneledge’s payment system specifically accounted for all hours worked. . . and guaranteed that [sales associates] would be paid more than the $12 an hour for those hours [such that w]ith this system there was no possibility that the employees’ rest period time would not be captured in the total amount paid each pay period.”

The Court of Appeals, however, disagreed with the trial court, finding that the Stoneledge’s plan did not properly compensate the commissioned salespersons for rest break time in part because the “plain language of Wage Order No. 7 requires employers to count ‘rest period time’ as ‘hours worked for which there shall be no deduction from wages.’” In so finding, the Vaquero Court cited Bluford v. Safeway, Inc.(2013) 216 Cal. App. 4th 864, a case that involved Safeway truck drivers who sued Safeway for, among other things, failing to provide paid rest periods. In Bluford, Safeway paid the drivers “based on mileage rates applied according to the number of miles driven, the time when the trips were made, and the locations where the trips began and ended,” and, similar to Stoneledge, Safeway asserted that its compensation system subsumed payments for rest periods into the mileage rates Safeway negotiated in the drivers’ collective bargaining agreement, but none of the bases on which Safeway paid its drivers directly compensated them for rest periods.   The Bluford court determined that because the applicable wage order similarly prohibited employers from “deduct[ing] wages for rest periods,” employers “must separately compensate employees for rest periods where the employer uses an “activity based compensation system” that does not directly compensate for rest periods.

Relying on Bluford, the Court of Appeal in Vaquero first determined that “nothing about commission compensation plans justifies treating commissioned employees differently from other [hourly] employees,” and then held that “Wage Order No. 7 requires employers to separately compensate employees for rest periods if an employer’s compensation plan does not already include a minimum hourly wage for such time.” Among other things, the Vaquero court reasoned that the “commission agreement used by Stoneledge [was] analytically indistinguishable from a piece-rate system in that neither allows employees to earn wages during rest periods. Indeed, the purpose of a rest period is to rest, not to work.” Finally, in reaching its conclusion that Stoneledge’s commission plan did not separately compensate its sales associates for rest breaks, the Vaquero court highlighted the fact that the commission agreement did not compensate for rest periods taken by sales associates who earned a commission instead of the guaranteed minimum.

Going forward, California employers with commissioned-based compensation plans and those with piece-rate compensation plans should review and revise such plans to ensure that they separately account for – and pay for rest periods – to comply with California law and Wage Order 7. Further, employers should ensure that this separate break-out of paid rest periods is not subject to any deduction.