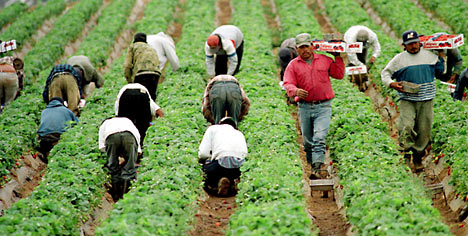 As part of the Daily Journal’s “New Laws” 2017 special supplement, Felicia R. Reid contributed, “AB 1066: Overtime for farmworkers.” The piece explores the the Agricultural Workers Act of 2016, a law phasing in California’s overtime requirements for agricultural workers in the state.

Felicia notes that California is one of the only states to require overtime for agricultural workers; and, “Under AB 1066, at the point of full coverage in 2022, agricultural workers will earn overtime identically to their nonexempt counterparts in other industries: time-and-a-half after working eight hours in a workday and 40 hours in a workweek; and, for the first eight hours of work on the seventh consecutive day in a workweek, as well as double-time after working 12 hours in a workday and after eight hours on the seventh consecutive day in a workweek.” The phase-in begins on Jan. 1, 2019, with the 10-hour daily overtime trigger lowered by half-an-hour per year through 2022.

The Agricultural Workers Act of 2016 removes the exemption from statutory meal period requirements found in Labor Code Section 541 for agricultural workers; but, that change is tempered by Wage Order 14 which provides “substantially the same meal and rest period rights to agricultural workers as are provided to other employees.” The bill’s language also clarifies that farm and vineyard workers are due the same rest breaks, timing-wise, as their non-agricultural counterparts in the state.