What I love most about practicing law is the opportunity for creativity and learning that my work presents every day. And employment law, with its ever-changing legal landscape and unique workplace situations, provides these opportunities in abundance. Because the best result for our clients is not getting sued in the first place, I focus my creativity on compliance and risk management strategies. Defending clients in the event of legal action also calls for creativity in mapping out and pursuing a strategy for achieving the client’s goals in the most effective and efficient way possible.

Felicia Reid is a partner in Hirschfeld Kraemer LLP’s San Francisco office. Her litigation practice focuses primarily on wage and hour class action defense. “Wage and hour class actions are complex, high-risk, bet-the-farm cases, and we are committed to mounting the most effective defense available.” As in all litigation, defining a client’s goal is critical to an effective strategy. In cases where the goal is a definitive win, Felicia pursues the case through trial, noting that Hirschfeld Kraemer is one of the few California law firms to have actually gone to trial on a wage and hour class action and that the experience she gained in that process was invaluable. On the other hand, where the goal is to resolve the case, “we set up the case with the strongest defense possible to leverage the lowest settlement achievable.” Felicia has been successful in using this approach to obtain extremely favorable class action settlements.

Day-to-day employment advice and counsel is another important focus of Felicia’s practice. She devises client-tailored strategies to ensure compliance with federal and California laws and creative solutions to address legal risks. “Most employment decisions involve some degree of legal risk. At Hirschfeld Kraemer we avoid simply telling our clients ‘no’ when there is risk. Instead, we understand the client’s business goals and devise strategies for achieving those goals that minimize the risks.”

Felicia also has a thriving appellate law practice, and takes great pride in her written advocacy skills. “I am passionate about appellate work for the intellectual and creative challenges it presents in written and oral advocacy. I especially enjoy the appellate briefing process, which allows the time and space to dig deeply into the facts and the public policies animating the issues.” She has frequently appeared as an amicus or “friend of the court” on behalf of clients in high impact litigation where her mission is to educate the court about the real-world context of the case and the scope of its impact. And she has participated in a number of cases in the U.S. Supreme Court.

Felicia’s clients come from a broad range of industries, including hospitality, financial services, professional services, high-tech, as well as the agricultural and transportation industries. Each industry presents unique challenges. She cites as an example, wage and hour issues in the high-tech industry. “I’ve become fluent in the language of high-tech as a result of numerous exempt/non-exempt classification audits in the technology sector.” She has found that advocating for high-tech clients in audits and legal proceedings often involves educating the court or agency about what their workers are actually doing beyond simple labels. “I’ve gone to bat for clients before the U.S. Department of Labor, where DOL has insisted that IT employees operating a high level were non-exempt and entitled to overtime, due to a lack of sophistication in the meaning of job function terminology. We’ve been successful in educating the agency and convincing them to back off.”

Felicia hails from San Diego, but quickly found her home in Northern California after college. “After growing up in Southern California, I appreciate that we actually have seasons in Northern California. Northern California also has such a variety of landscapes and recreation accessible within a small radius – beaches, rivers, forests, mountains.” Felicia has what is possibly one of the best commutes in the world, riding on the back deck of a ferry boat as it plies the waters of San Francisco Bay between Alameda and the San Francisco Ferry Building. When she is not working, Felicia practices yoga, hikes, and does standup paddle boarding in the Bay. But her main passion is downhill skiing: “Skiing is both thrilling and therapeutic. I love the views from the top, row upon row of ‘purple mountains’ majesties’ off into the distance. And there is nothing to focus the mind like a challenging run down the slopes. You must be fully present if you want to get down gracefully and in one piece. It is my winter meditation.”

Webinar: “The Yahoo! Controversy: Work/Life Balance and the Law,” June 2013

Felicia Reid Explains How the Public Sector Deals With Vacation Accrual After Termination in an Article on SFgate.com

Brinker – A Case for Both Sides

Supreme Court of the United States 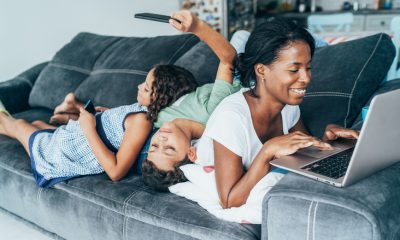 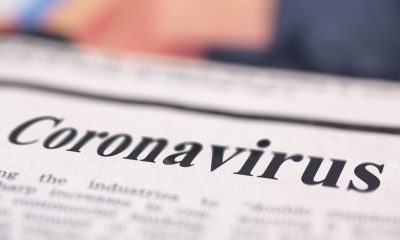 Client Alert: What Employers Need To Know About Emergency Coronavirus Legislation
All ›
Blog
CA Supreme Court Rejects FLSA De Minimis Rule, Opening the Floodgates for Off-the-Clock Claims
All ›
Blog
U.S. Supreme Court Holds That Service Advisors at Automobile Dealerships Exempt from Overtime Under FLSA
All ›
We use cookies to improve the experience of our website. By continuing to use our website, you consent to the use of cookies.
To understand more about how we use cookies, please see our Privacy Policy. ACCEPT
Privacy & Cookies Policy