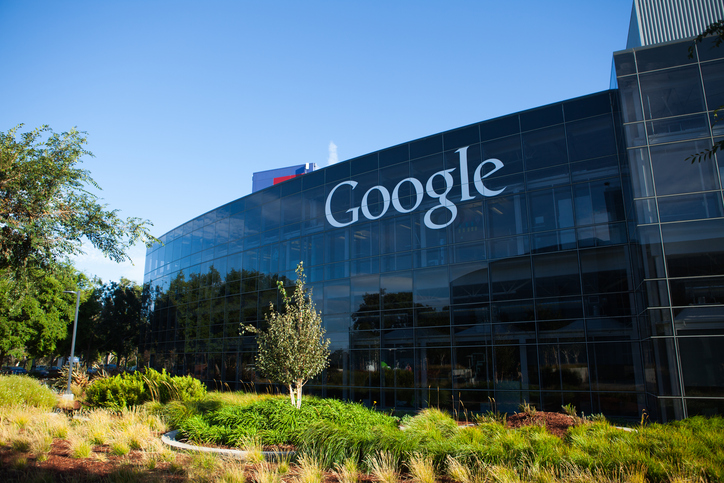 Text of the article is below and can be viewed on the publication’s website by clicking here.

Whether based in Silicon Beach or Valley, California, technology companies are working hard to grapple with and change perceptions or realities surrounding gender, race and other equal employment issues in their workplaces. The most recent addition to the tech employers’ toolbox is the electronic employee complaint newsletter. The “Yes, at Google,” weekly email started at Google in October 2016 and allows employee subscribers to post complaints and compliments about life as Google employees. These posts are then consolidated into a weekly email, complete with comments from Google’s human resources department, and sent to subscribers.

Although estimates are that only about 20 percent of the Google workforce is currently subscribed, this number is likely to increase. Employees are interested, so should Google and other employers support this and similar efforts? What are the pros and cons of having such a workplace bulletin board? They are numerous. Google management, has not taken an official position. Instead, at least one group of Google vice presidents listed it as a resource in an email to staff, and in a statement a Google spokesperson said it considers this “grassroots transparency effort” one more way for employees “to raise issues — both negative and positive.”

Thus, on the pros list, such a platform gives employees one more way to raise issues. From an employee perspective, this additional avenue for voicing an opinion also gives employees a way to do so anonymously. If the employee is not comfortable going to a supervisor or to human resources, the employee can anonymously post a statement and know that someone in management will review it. For these same reasons, this forum can also improve employee morale. Similarly, employees may individually experience a type of catharsis just by writing a post. Journaling or writing about events is a recognized form of therapy. Employees can raise issues and vent through the anonymous forum without fear of retaliation.

From the employer’s perspective, however, many of the pros can also be cons. Take anonymity for example. While the employee may feel relief from making an statement on “Yes, at Google,” Google management has no way of reaching the employee and investigating or resolving the issue. Under state and federal equal employment law, an employer may have a legal obligation to do exactly that — investigate and resolve complaints of discrimination, harassment or retaliation. As most of the complaints are anonymous and often leave out other identifying information such as the dates, locations and names of the accused, the employer may be hard pressed to conduct a meaningful investigation.

Complaints that contain only minimal identifying information, such as the job title of the accused, may also be close to impossible to meaningfully resolve, putting the employer in the position of having to possibly one day convince a jury that it undertook a good faith investigation even if it was never able to uncover anything more than was stated in the original post. Will a jury think that Google should have interviewed everyone holding the particular job title identified in a post, even if there are 50 or 100 people at Google who do? And that is just current employees, not employees who may have left in the time since the alleged incident occurred.

Another pro that may be a con would be the informality of the platform. Given that the platform has no requirements in terms of details like date, location or name of the accused, normal questions for supervisors, human resources or other investigators to ask, investigations may be hard or impossible to conduct. Likewise, the informality of posts does not tell Google management why the employee chose this platform over others. It is certainly easy, quick, and convenient to make an anonymous posting — to blow off some steam. However, this ease and informality will leave Google to with more questions than answers.

Was the incident something that bothered the employee, but was not sufficiently bothersome to report face-to-face to a supervisor or human resources and was something that would be forgotten by the aggrieved employee shortly after writing the post? On the other hand, was the employee complaining of a tip-of-the-iceberg incident such that the employee is experiencing legally actionable harassment that pervades the employee’s workplace? Google cannot answer these questions without follow-up. The forum often leaves Google begging for more information. One newsletter had a complaint from a new employee that she was invited to get drinks with a group offsite one night. She arrived to learn that she was the only one invited by the male engineer, who reportedly told her “that she was expected to ‘sleep with everyone’ because that’s the culture here.” The newsletter followed the complaint with a statement from Google human resources “… this is an example of the kind of issue that we need and want to look into as this behavior is unacceptable and contrary to our Code of Conduct and Policy Against Harassment.”

Another potential con is that employees could use it as a forum for defamatory statements or as an anonymous and seemingly employer-sanctioned platform for statements that would otherwise violate employer policies on workplace conduct. Most employer handbooks have policies about the type of speech that employees can use, employer-provided equipment, and work time for conducting. If an employer allows work time and its equipment for making posts or maintains such a platform itself, the employer is opening the forum up to other controversial speech such as salary discussions and union organizing, which many employers choose not to endorse.

Further, if the majority of posts are negative, the forum may hurt employee morale and the employer may be powerless, due to the lack of information, in the posts to take concrete targeted action to improve its workplace culture. While it could choose to change organization-wide policies and conduct workplace training, these broad efforts may not be sufficiently focused to change the conduct of the accused employees, who may require discipline up to and including termination.

Finally, whether or not the forum is employer-supported, because its hosts and editors are also anonymous, employees too may be left with more questions than answers, particularly at technology employers. How much of the platform is really under the employer’s control or outside of the employer’s monitoring capabilities? Who has access to the subscriber list and do the grassroots founders of the platform have access to who posts what?

Regardless of how your workplace chooses to incorporate electronic complaint mechanisms into its palette of employee/employer communication resources, one issue is certain, this avenue for discussion is here to stay and trending toward expansion. Employers can choose to reluctantly accept it like Google with “Yes, at Google” or employers can leave employees to complain online outside of work through their blogs or Facebook pages, such as with Susan Fowler, a former programmer at Uber, and Uber. Perhaps former U.S. Attorney General Eric Holder’s workplace culture report on Uber, released this week, will serve as a guidepost for gig economy employers and others on addressing inclusion and diversity in the modern workplace.