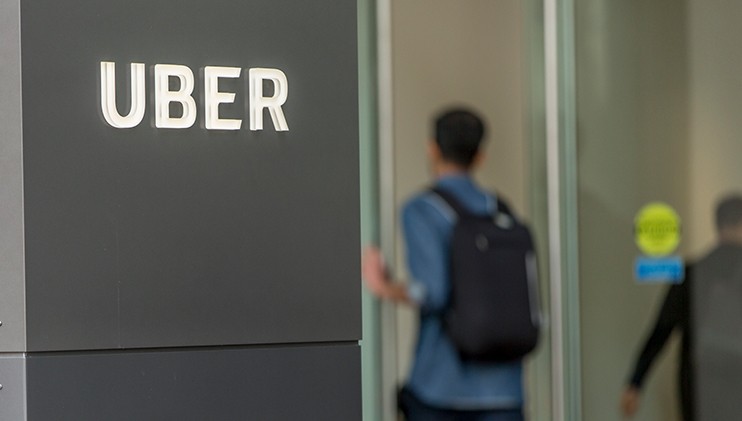 Uber Chief Executive Travis Kalanick could be forced to push out a top lieutenant over the latest sexual harassment claim to have come to light against the ride-hailing app, the experts said.

The lieutenant, Senior Vice President Emil Michael, allegedly tried to cover up a trip he, Kalanick and four other employees made in 2014 to a South Korean “escort-karaoke” bar.

If Kalanick is serious about Uber goes public, he may have to jettison Michael, the experts said.

While Uber has been accused of harboring a boys-club culture, that might have to change if Kalanick takes his company public, Kirstin Muller, partner at Hirschfeld Kraemer in Los Angeles, told The Post.

“When a company wants to go public, that’s when you would see more visible signs of taking really harsh steps,” Muller said.

The 2014 night out was at a bar where miniskirt-clad women “sat in a circle, identified by numbered tags” and may have been taken home by some of the top execs, the CEO’s ex-gal pal, Gabi Holzwarth, told The Information in a report published Friday.

A female employee at the bar later complained to Uber human resources, saying the evening made her uneasy.

Holzwarth said she got text messages from Michael a few weeks ago, saying, “Remember that night in Korea? . . . We just went to a karaoke bar and that’s all that happened, right?”

While the company has been rumored to be planning a 2017 initial public offering, two tech sources told The Post they no longer expect one this year.

It is not known if any of the recent Uber missteps — the news of the 2014 Seoul bar night out or some sexual harassment complaints — convinced Kalanick to push back the IPO.

Not helping matters was an accident on Friday involving one of Uber’s driverless cars that caused the company to temporarily suspend its self-driving pilot program.

The company isn’t charged with any wrongdoing. Prostitution is common, though illegal, in South Korea.

Uber did not return an e-mail on Monday seeking comment.

But in a statement to The Information, an Uber spokeswoman said, “This all happened nearly three years ago. It was previously reported to human resources and in early March was referred to [investigators] Tammy Albarran and Eric Holder.”

Michael — who previously raised a fracas for suggesting that the company conduct opposition research on a critical female journalist — said his e-mail to Holzwarth was simply to warn her that she might get some calls from the media.

If it was found out that he tried to obstruct Holder’s investigation, there could be greater consequences for him, Muller said.

“The fact that someone may have been asked to withhold material information calls into question the commitment to ending harassment and discrimination,” David Lopez, partner at Outten & Golden, and former general counsel at the Equal Employment Opportunity Commission, told The Post.