Tesla Slammed with $137M Verdict for Race-Based Harassment: A Reckoning 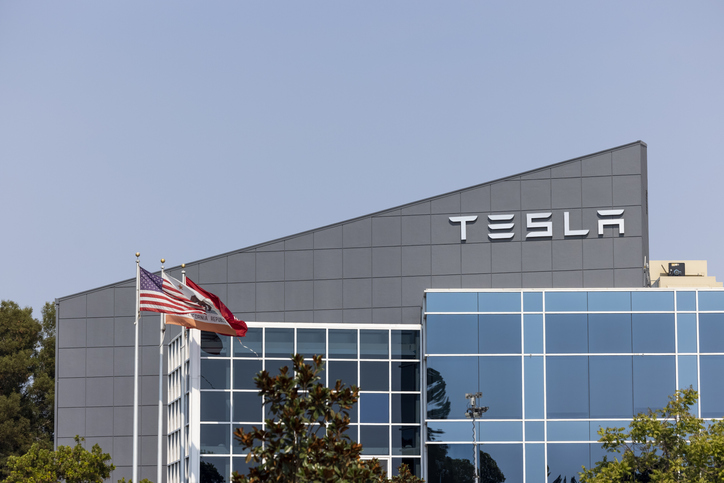 On October 4, a California jury rendered a stunning, unanimous verdict of $136.9 million against Tesla in favor of Owen Diaz, a former employee of a Tesla subcontractor, for Tesla’s failure to protect Diaz from a race-based hostile work environment.

This verdict is a wakeup call that all employers should heed as they consider what role they play, both legally and practically, in regulating the workplace environment as to race, gender, and all other legally protected classifications under state and federal anti-discrimination laws.

Diaz, who is Black, was an employee of Citistaff, a staffing agency that contracted with Tesla. Diaz worked as an elevator operator at Tesla’s facilities in Fremont, California, for nine months in 2015 and 2016, where he encouraged his son and daughter to also apply for work. In 2017, after Tesla failed to hire him directly, Diaz quit and, together with his son, Demetrio, and one other former agency employee, Lamar Patterson, sued Citistaff and Tesla in California state court. Tesla removed its part of the case to federal court and, at the time of trial (delayed due to the Covid-19 pandemic), Tesla was the only remaining defendant.

Diaz alleged that he was subjected to hostile work environment harassment based upon his race, and that Tesla did not take adequate steps to prevent such harassment. Specifically, Diaz and other witnesses testified that the “N word” was constantly used in open conversation among co-employees and some supervisors, that another employee of the subcontractor drew and left out for display a cartoon sketch of “Inki” (a character from old Warner Bros. animation shorts, depicting a Black boy with a bone in his hair), and that racist graffiti, including swastikas, had been scrawled at various places at the Tesla premises.

Diaz complained to his employer about these incidents, and Citistaff terminated two employees, while it suspended and gave a final written warning to the employee who drew the “Inki” cartoon.

At trial, Tesla argued that it was not Diaz’s employer, and that it expected its subcontracting staffing agencies, including Citistaff, to adequately investigate such complaints and provide appropriate corrective action where warranted. Tesla apparently did not have policies and procedures in place for auditing the policies, procedures, and practices of its subcontractors in this regard.

After a weeklong trial, the jury of five women and four men, one of whom was Black, deliberated just four hours before rendering its unanimous verdict and awarding $6.9 million for emotional distress and $130 million for punitive damages (i.e., damages designed to “punish” or “send a message” for “fraudulent, oppressive or malicious” conduct).

California Juries (and Society at Large) Are Currently Very Sensitive to Race and Equity Issues, and Want to Hold Defendant Organizations Accountable

The broad-based civil unrest in 2020, following the highly publicized death of George Floyd and so many others, has led to an undeniable focus upon equity, fairness, and respect for racial minorities. There have certainly been episodes over many years that hinted at such a reckoning, but, as many commentators have noted, Mr. Floyd’s death, in particular, sparked an acute awareness of the pernicious effects of racism and other forms of inequity. This awareness, though emanating from the treatment of Blacks by law enforcement, has filtered into many arenas, including the workplace.

Tesla’s argument that it was not Mr. Diaz’s employer, and therefore could not be liable for failing to take adequate steps to prevent and remedy harassment (a duty specific to employers), may have been legally sound, but it clearly did not resonate with jurors. We can take from this that in today’s environment, an organization that utilizes staffing agencies or other subcontractors to perform its work is probably not going to be able to successfully shield itself from liability using that defense.

The Tesla jury reached a unanimous verdict for a staggering sum of money in a scant four hours. Employers generally prefer to litigate in federal court because of the unanimous jury verdict requirements, as opposed to state courts, including California’s, that require only three-fourths of the jury to agree on liability to render a verdict. That bar of unanimity was no bar at all here. Given what happened during the jury selection stage, that is not surprising. At one point in questioning prospective jurors, the judge said he “was struck by how many people had the experience of being discriminated against or having loved ones discriminated against.”

George Floyd’s death in 2020 and all that followed surely appeared to have an impact here. In June 2021, a Minneapolis jury found beyond a reasonable doubt that Officer Derek Chauvin had murdered George Floyd while he was in police custody. In many ways the protests that followed, and the trial of Mr. Chauvin, were about much more than Mr. Floyd’s tragic death.

Indeed, the societal dissatisfaction, or even rejection, of the perceived baked-in inequities toward minorities is now broad-based, according to statistical evidence. For example, in a 2020 survey conducted by the UMass Lowell Center for Public Opinion, in the aftermath of the death of Mr. Floyd, 51% of adults surveyed responded that Black people are treated less fairly than whites in their interactions with police. Although that poll result indicates just a narrow majority, the fact that it is a majority at indicates a sea change. That change will likely continue to be reflected in juries’ perceptions of race-based discrimination and harassment claims.

As evidenced by the Tesla trial, and these recent polls, employers can no longer enter jury trials believing that the views of a plaintiff in a protected classification are unique to that demographic, or rely on the notion that other demographic groups (notably whites) will disagree with such views, and thereby pave a clearer path to a defense verdict.

In the Tesla case, one of the alleged harassers (who admitted to drawing the cartoon, but denied knowing it was offensive) was suspended and received a final written warning. The fact that he was not terminated, and was in fact later hired directly by Tesla, seems likely to have offended the jury.

However, this, too, should come as no surprise. The ongoing lessons of the public reckoning that began in 2017 with the #MeToo movement are also useful here. One legacy of #MeToo is that the “reasonable person” standard with regard to sex-based harassment shifted. For example, a jury would expect a “reasonable person” today to understand that telling a sexually explicit joke in the workplace is unwelcome (“unwelcomeness” being one of the keys to a hostile work environment claim). Similarly, the excuse that such a person did not understand that the joke would cause offense is simply not believable or acceptable.

In the same way, to the Tesla jury, it was simply not credible that the alleged harasser could draw a picture of a Black boy with a bone in his hair (and who is depicted in the old Warner Bros. cartoon as having oversized, bright red lips, wearing a loin cloth, and carrying a spear), next to the word “Boo,” and not understand the offense this would cause. The jury blamed Tesla for inadequate policies because the employer’s decision to suspend rather than terminate the employee appeared as an endorsement of a workplace culture lacking in reasonable racial sensitivity.

Use of the “N Word” in the Workplace Is Always Inappropriate

There was testimony from several witnesses, including the plaintiff, that there was very frequent use of the “N Word” in the Tesla facility. According to one trial observer from Tesla, these witnesses testified that “most of the time they thought the language was used in a ‘friendly’ manner and usually by African-American colleagues.” However, the verdict and huge damages award makes one very clear point: the word had no appropriate place in the Tesla workplace, even if used in a supposedly benign or neutral manner, and its use had real and deleterious consequences both for workplace culture and in the resulting litigation.

Employers who use subcontractors, whether for staffing or other purposes, should consider implementing terms in their subcontractor agreements that include the following: